‘Gerrypicking’ the victims of the Troubles

Gerry Adams is selective in his calls for justice for victims of sectarian violence, writes Ruth Dudley Edwards

Three recent events and a film left me thinking about what members of Sinn Fein frequently complain is being done to their party: demonization.

There was Gerry Adams’s tweet on the 42nd anniversary of the Dublin and Monaghan bombings, the plea from Shauna Moreland for the record to be set straight about her mother’s murder in 1994 and the opposition from the former British Lion, the anti-sectarian campaigner Trevor Ringland, to inviting Sinn Fein to Somme commemorations. The film was Son of Saul, set in Auschwitz.

That day in 1974, as soon as I heard about the Dublin bombings, I rang my mother for mutual hand-wringing and to check that she and my father were all right. A lover of the Irish language and its literature, she was a life-long opponent of violent nationalism “This is terrible,” she said,. “but it’s no more terrible to have it happen here than in Northern Ireland. In fact, it will be less if it brings IRA supporters to their senses seeing on their own doorstep what happens when bombs go off.”

It had been a hideous year in Northern Ireland, with murderous rampages by republican and loyalist paramilitaries. There were now 33 people and an unborn baby dead in Dublin and in Monaghan: the injured, bereaved and traumatised ran into thousands. There are still question marks about how the UDA murderers got across the border unchecked, and the families are entitled to the truth. Like all victims of the Troubles.

Gerry Adams, however, is selective about the victims he cares about. For instance, he refused the pleas of cross- community victims of the 1998 republican Omagh bombers to ask his followers to help the police. All victims of loyalists have his support, though he routinely insists the perpetrators were puppets of the State, for he hates the British State (and the Irish Republic) more than he hates loyalists, whom he despises.

He cynically quotes from the Justice for the Forgotten, who question “the complicity of British State forces” in Dublin and Monaghan, “the actions of the Irish State in pursuing those responsible” and the integrity of the investigations of the Royal Ulster Constabulary and the gardai. Calling on the British government to release all information about the bombings, Adams tweeted about State collusion.

It is only Adams and his followers that don’t find it indecent that apologists for the Provisional IRA – by far the most prolific killers during the Troubles – should demand that others come up with evidence of a kind they refuse to provide themselves. Sinn Fein’s consistent line is that the IRA has no records and can’t help because it’s now defunct. Members questioned on crimes cover up and claim they’re being persecuted.

Sinn Fein wants everyone to forget about past republican violence and move on, while insisting that killings by supporters or agents of the State be investigated thoroughly and those implicated pursued mercilessly.

Adams wasn’t tweeting about Shauna Moreland, who last week spoke of the abduction and murder in 1994 of her mother, Caroline, an alleged informer taken from Adams’s West Belfast heartland and held for 15 days before being shot in the head and dumped on the border. Heartbreakingly, Ms Moreland is grateful that “they didn’t ‘disappear’ her like Jean McConville”. She wasn’t full of hate for the IRA, she says, “but when I heard people condemn the British or the loyalists for what they did, I’d think: ‘My own ones hurt me more’.” As, indeed, they hurt the entire Catholic community far more, killing more civilians than did loyalists, soldiers and police put together.

Trevor Ringland, a policeman’s son who has spent much of his life trying to bring Catholics and Protestants, nationalists and unionists, together, rejects Sinn Fein’s concept of reconciliation, which allows them to honour their dead murderers.

“They feel they were justified in the campaign they carried out,” pointed out Ringland. “If we all adhered to that standard we would all say that Bloody Sunday, Michael Stone and all the other loyalist atrocities were justified – but the rest of us don’t feel they were.” Sinn Fein was not engaged in “genuine reconciliation”, which is based “on calling things wrong that were wrong”.

In his blog and on social media, Adams frequently denounces as demonisation justified criticism of him, his party and their unacknowledged past misdeeds, including their demonisation of the IRA’s victims. Last week, I saw “Saul and Son”, a stunning, gut-wrenching film about Auschwitz, where the Nazis organised the murder of over a million people, of whom 90pc were Jews. It illustrates how the Nazi demonisation project had worked its evil so well that the Germans saw their targets as vermin, not people.

It brought me back to the 1990s when I often stood at republican events listening to Adams and other senior republicans spewing hatred about those servants of the State the IRA felt entitled to kill, particularly members of the Royal Ulster Constabulary.

I remember walking behind a child in a republican parade as he shouted “SS RUC” at the police who were there to protect the paraders from a potential loyalist attack. I remember, too, how when it suited the Sinn Fein leadership to destroy the peace of small communities, it distributed tens of thousands of images of faceless Orangemen and commissioned giant murals of Orangemen in Ku Klux Klan headgear riding their horses over the skulls of nationalists.

That was going on less than 20 years ago. It’s what demonisation is, Mr Adams, and you’re still at it retrospectively in your distortion of history to justify the evil actions of the Provisional IRA. Martin McGuinness going to a Somme ceremony is pretend reconciliation. Genuine reconciliation would require Sinn Fein to admit that the Provos were wrong and their murders had no justification.

That’ll be the day.

This article appeared in Independent.ie 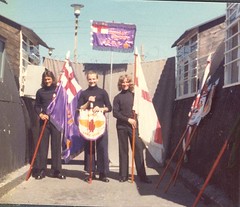 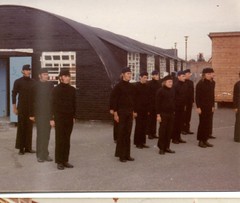 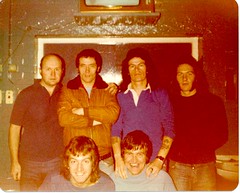 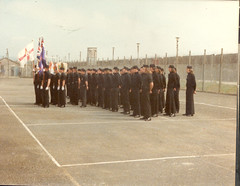 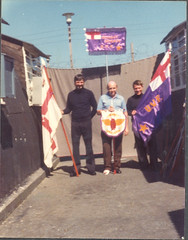 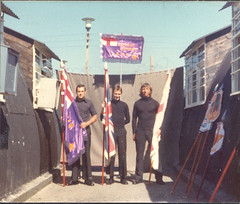 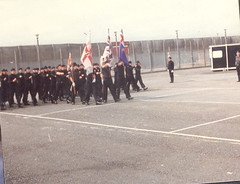