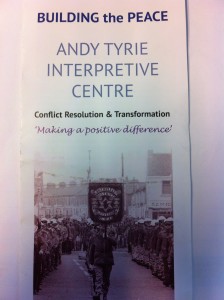 I, along with two colleagues–both ex-combatants–visited the new U.D.A. Interpretive centre on the Newtownards Road last week.  Recently opened by the East Belfast brigade the centre is self funding.  David Stitt is one of the volunteer staff–they hope to eventually procure manistream funding which would allow full or part time staff–and he gave us a comprehensive presentation whilst showing us round.  Although only opened a matter of weeks the centre has the potential to become a great addition to venues displaying aspects of Loyalist culture. Already there are many artefacts and mementoes–old Workers Strike passes–minutes from old LPA meetings–jail handicrafts–obsolete weapons–but the highlight for me was the collection of old photographs, illustrating all the stages of the most recent conflict.  David explained the rationale behind opening the centre.  They want to engage with individuals and groups to help understand the reasons around the need for the formation of a paramilitary force over 40 years ago.  They will also show the impact the conflict had on loyalist working class communities–in particular East Belfast–how it shaped U.D.A. thinking over the years and how it impacted upon them to turn from Dogs of war into men of peace.  A booklet provided by the centre  explains all this in full and carries a strap line–making a positive difference.  Lets hope the Andy Tyrie centre does just that.  The centre is currently open for visitors and access can be gained by contacting David Stitt on…07737 483398.

Another example of the positive contribution from ACT working in partnership for the good of South Belfast. Following a spate of anti sovial activity in the Donegall Pass and surrounding area, ACT participants, in partnership with South Belfast Alternatives, the community and relevant statutory organisations, including the PSNI, have mounted a community safety initiative. This has resulted in the community feeling safer in their own homes to the extent that one resident stated; “For the first time in two years I no longer feel like a prisoner in my own home”.  The document attached shows how ACT and SB Alternatives have managed to respond positively by securing the support of the community and all relevant stakeholders.
Doc1 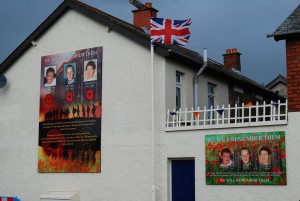 Saturday the 8th of September 2012

The turn-out for the un-veiling of the new mural for Stevie, John and Sammy was very well attended and the organisers, in a great move, had coincided the un-veiling with the annual John Hanna parade. I attended the event and was very impressed with the organisation of the whole event. There were tributes fromScotland,Englandand all parts ofNorthern Irelandand our friend Colin Beckett read out a very heartfelt tribute to the three young men. Representatives of all three families attended and received floral tributes and other mementos.

END_OF_DOCUMENT_TOKEN_TO_BE_REPLACED 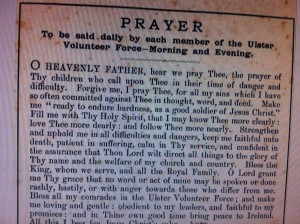 A Cause That Was Never Their Own.

Here is another worthy contribution from regular Charlie Freel.  It is a fitting piece in the centenary week of the Ulster Covenant.

Sincere Working class Loyalists, will need to be very careful where they place their trust in the next few weeks, as Loyalist Working class area’s prepare to celebrate the centenary of the Ulster Covenant.

END_OF_DOCUMENT_TOKEN_TO_BE_REPLACED

New Book Of Poems by Ex-Prisoner

Next week sees the launch of a new poetry booklet.  Written by Beano Niblock the book contains 13 original poems and is titled The Battle at Oldbridge and other poems.  A number of the poems have previously appeared on this website and each poem is accompanied by a precis explaining a little of the subject matter. 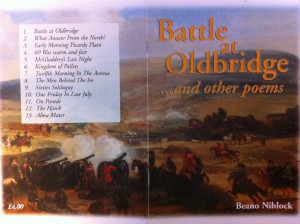 A Response to Hugh Jordans Attack on Billy Hutchinson

A Response to Hugh Jordan’s Attack on Billy Hutchinson.

In recent days and particularly in wake of the verdict on the Hillsborough disaster of 1989 journalism has been much to the fore.  From a sporting point of view we have been privileged to read articles by Brian Reade, Oliver Holt and Brian Woolnough and in doing so it serves to highlight the totally irresponsible reporting from the time of the disaster—mainly from Sun newspaper journalists, most notably Harry Arnold—all overseen and rubber stamped by Kelvin McKenzie.

END_OF_DOCUMENT_TOKEN_TO_BE_REPLACED

Another poem in the continuing series by ex-prisoners.  Here the writer graphically describes the conditions endured by those who suffered during the hundred odd days of the siege where the majority of the casualties died through either starvation or disease.

In response to yesterdays DOWNFALL post, here a regular contributor talks about not only the double standards employed by the media in this country, but in fact tells how they invent the rules themselves so as they can manipulate them whatever way they see fit.  Arrogance indeed.

END_OF_DOCUMENT_TOKEN_TO_BE_REPLACED

A film dealing with the shady world of espionage and dirty dealings during the conflict.  Starring Clive Owen as a handler the film has been receiving mixed reviews as you can see here–from two people who may have a more accurate insight than most.

END_OF_DOCUMENT_TOKEN_TO_BE_REPLACED

Posted in Current Affairs, The Arts