“On balance it appears that the best agents for deception on a high level are long-distance agents, who have been carefully built up, and who have served a long apprenticeship before any major deception is attempted through them.”  Sir John Masterman, The Double –Cross System: Theory And Practice.

In the early 1970s,  a group of Roman Catholic priests formed supply and support lines, that would eventually encompass half the globe. Their aim was a simple one: obtain as much ordinance and finances as could obtain in order to help, the Provisional Irish Republican Army in its murderous campaign, both in the United Kingdom and Europe.

In a number of reports we will look at the structure, makeup and achievement of these “Ratlines” and how they crisscrossed, Ireland, Britain and most of Europe.  These clergy would supply explosives and bomb components that would be used to murder thousands and injure tens of thousands.

Our first report will deal with the case of a Roman Catholic priest who supplied most of the explosives that were used in the North West of Ulster, in the PIRA’s devastating, civilian bombing camping.  This destroyed most of Northern Ireland’s second city, Londonderry, and was coordinated by the current Northern Ireland Deputy First Minister, Martin McGuiness.  The commercial explosives and detonators  used in, what has been termed as, the PIRA’s most focused urban camping, were sourced in Scotland and supplied by a Glasgow priest.

The story starts in rural Ireland; John Bartholomew Burns was born in 1935, into a staunchly republican and traditional catholic family, they lived in Sneen, a small village, of a few hundred in the Ring of Kerry, on the western tip of Ireland.  Burns went on to be schooled by religious orders and at 25 was ordained as a priest – 1960. As was the case with most Irish ordinations at the time, he was sent abroad to fulfil his ministry.  His position was as a curate in St. Eunan’s, Gilmore Street in Clydebank on the outskirts of Glasgow.  He stayed there until around 1966, when he was moved to the fanatically republican Parkhead area of East Glasgow, at St. Michael’s on Gallowgate. It was while he was there he would make contact with many who would help him arm the PIRA, with explosives stolen from coal mines in central Scotland.  For four years, Burns would help set up routs of supply that would bring arms, explosives and cash to enable murder and mayhem on the streets of North Ulster.

Contact was made with a number of PIRA men from Londonderry and a number of “clean” Donegal men were sent to help with operations in Glasgow and outlying areas.  Contact was also made with the skippers of small fishing vessels who could transfer ordnance with relative ease to counterparts on Northern Ireland’s north coast.

While the trade in death was in full swing, 1972, Burns was moved once more; this time to the tenements of Possilpark, perhaps the poorest area of the United Kingdom.  Burns’ time there was to be short.  Instead of helping his parishioners in this crime ridden and poverty stricken region of North Glasgow, his sole purpose was the continued arming of terrorist bombers that were wreaking havoc.  Unknown to Burns and his accomplices their arms trading would soon come to an end.

The most disturbing thing about the Burns’ affair is its similarities to the Claudy Collusion.  It was widely rumoured both in Glasgow and parts of Northern Ireland that the priest was arming terrorists, yet no action was taken. His team worked for almost three years unabated at the panicle of PIRA’s murder campaign. Despite the array of evidence that was mounting, the Scottish authorities never sought a warrant to arrest Father Burns. Things would soon come to a dramatic head.

On the 22nd March 1973, a special branch team had followed two men they had received a tip off about, two men with Irish accents. They had been in the company of the daughter of one of Sinn Fein’s leading members in Scotland, Caroline Renehan.  The two men were followed from the Old Rutherglen Road, in the Grobals, along a five mile trip to the parochial house next to St Teresa’s. Once there, they drove their Ford Capri, which was yellow and black into the driveway. The police surveillance then watched as Renehan arrived driving a white Morris and Father Burns greeted them at the door and showed then in.   A short time later, the 22 year old Renehan exited the house and retrieved a dark coloured bag from her car, then she the re-entered the manse.

Four people would leave the dwelling, the two men helped by the priest loaded the Ford with a number of boxes and the female put a case in her car. The priest and the woman went back to the house and the others got into the vehicles to drive off.

As the car attempted to leave the  police swooped on them and the parish house was surrounded.  The occupants and the contents were taken into custody.  The two men were identified as John and James Sweeny, two brothers from Donegal. They had in their possession 630 sticks of gelignite, which was contained in a number of boxes in the car. This is said to be equivalent to nearly two hundred pounds of commercial explosives. James Sweeny was found, also, be in possession of £1,786, as well as Irish currency and US dollars. When Caroline Renehan’s car was searched an Air Lingus bag was found with 150 commercial detonators inside it, this gave the contents of the cars the capability of at least 150 explosions on the streets of Northern Ireland.

As the police swooped on those outside the parochial house, Burns watched from an upstairs window, he was joined by Father Martín, who during the trial of the accused would later recount that Burns told him the boxes contained gelignite. He would say that his fellow priest was “confused, agitated and very, very annoyed”.  Martin says that Burns then said he “wished to take the day off to compose himself” Martin then said:

“I took my car out of the garage and gave him a lift down the road to the Gallowgate, where he said he was going to see some friends. I did not want to know where he was going.”

Despite testimony by Martin that he help Burns evade capture by the police he never faced charges for perverting the course of justice or assisting an offender, these concerns were part of discourse between the police and the Roman Catholic Church. But some arrangement must have forthcoming.

Once the police eventually gained access to Burns’ private quarters they found that a large number of church donation envelopes had be riffled.  Ripped open envelopes filled pockets of clothes hanging in the wardrobe.  They also filled a waste paper bin in the room.  Police also found a number of terrorist instruction manuals.  These were titled: “Notes for unit intelligence officers”, “Notes for command intelligence officers” and “Training for recruits”.  In the bedside cabinet there was a also Sinn Fein propaganda sheet.   They, the police, had uncovered the provos’ headquarters in Glasgow, nicely tucked up in a parochial house and being run by an Roman Catholic priest.

During the subsequent court case Caroline Renehan and James Sweeny were both shown to be members of Sinn Fein and claimed in their defence that they had been entrapped by the priest Burns to take part in affair.  Both would be convicted.  John Sweeny was found not guilty and released.

The presiding judge, Lord Cameron, would say in his summing up, that:

“You have been convicted of having in your possession, without any lawful object, a large quantity of high explosives for which no legal purpose can be suggested”

He would further state:

“There is evidence of your association of a political kind with an organisation that at least allies itself with criminal violence. It would be impossible to overlook the very obvious possibilities for possession of these explosives”

“Had the police not intercepted you on that day, there is no knowing where these explosives might have gone or to what cause they night have been put,”

It is well know what cause they would have been put too and what effect they would of had on the civilian population of Northern Ireland.

On the conviction of Caroline Renehan, the Judge stated that:

“It would appear from the evidence that your first association with these particular explosives came thought your friendship with Fr. Burns, whose actions demonstrated very eloquently what would appear to be his own sense of criminality.”

He would also state that her political affiliation had led to her being in this situation. Caroline Renehan and James Sweeny were both gaoled, Renehan received a five years’ sentence and Sweeny a seven years’ term.

The most disturbing aspect of the case, which has echoes of the Claudy Collusion, was the fact that on the evening of the arrests, the Assistant Chief Constable of Glasgow called at the residents of Bishop Winning.  At that meeting, it is claim that the police chief requested from the Bishop, that the church should not reveal what had happened at St Teresa’s Roman Catholic Church, the assurance was given by the Bishop that he would ensure this.  The auxiliary, Bishop James Ward, was ecstatic at Burn’s triumphant evasion of the authorities.

Two days after the police raid a journalist contacted the church press office, inquiring about a local priest being wanted by the police.  A frantic damage limitation exercise was embarked upon and the Glasgow diocese was force to reveal the action of one of its priests that the they and the police had hoped to keep secret.

Burns, after he was help to escape by the fellow priest, was left off in Glasgow City Centre. He then made his way to the Parkhead area and was put up and looked after by a number of those who worked the provo ratlines with him.  Within a week he was smuggled on board a fishing vessel and taken across the Irish Sea to the relative safety of Donegal. The man who had helped cause the deaths of dozens had escaped justice.  The British Government lodged a extradition warrant for provo priest Burns, but this was rejected by the Central Criminal Court in Dublin.

It is not known if the Sweeny brothers ever got to confront the man they claimed set them up. He lived out his days in peace and without fear of ever being brought to account for his murderous crimes.  It is forty years since the events of 1973, but the pain of those whose relatives were blown to bits by the explosive smuggled along Ulster’s Ratlines by Burns and other Roman Catholic clerics, has not abated, although the chance of them obtaining justice has.  One of those who benefited from the arsenal of death, Martin McGuiness, is now the Deputy First Minister of Northern Ireland, under his command deadly explosion after explosion rained down on Ulster’s citizens, he is another who has never come to face justice. Coming soon, part two in our series Ulster’s Ratlines.  Operation Malsion : The Priest, The Provie and The Politician. 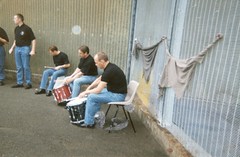 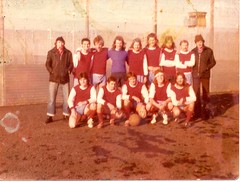 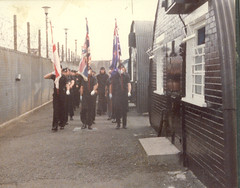 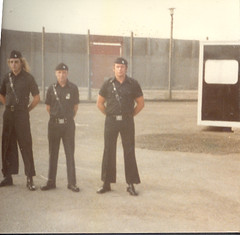 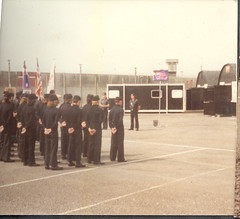 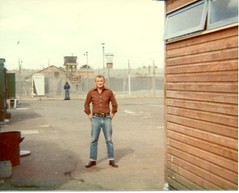 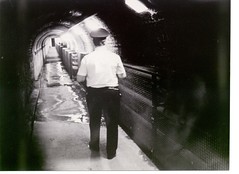 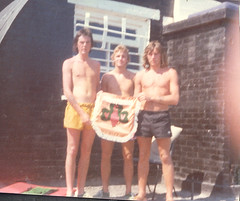