WHO PUT THAT ON?: GAUDEAMUS IGITUR

Who Put That On?

One of pleasures of the compounds was being able to have a few LPs. However listening styles in the late 70s were slightly less advanced than today. One of the Nissen huts which held up to 30 men had a single record player such as pictured . Whatever you put on could be heard by the whole hut. A queue operated so if you were in first then your record was on. There was a hut radio but some days we just wanted music we could select. There was one record player in the gym hut which was very welcome but used mainly to play suitable ‘up tempo’ music for those doing boxing training or weights.

This is a piece about some of the more memorable LPs that would be heard often floating through the ether especially on a sunny day.  I entered in the late 70s and stayed throughout the 80s so the selection is slanted towards that period. I wonder how many of us still have the LPs or are they all gone and replaced by digital versions. Although I see vinyl is making a bit of a comeback.
Punk had come out of nowhere in the mid 70s and one group that came along new wave and one was Blondie. Now despite the fact that they had a very glamorous lead singer the music was lively, classey and sounding fresh. The album ‘Parallel  Lines’ went to number 1 in the UK charts in 1979 and had many excellent tracks. These include Heart of Glass, One way or another, Sunday Girl, etc. While I did not own one I recall asking to borrow it from different people.

I include Mr Cohens album for one reason and one reason only. This was the most depressing music I heard in prison. Usually when this went on the hut record player there was a strange compulsion to leave the hut and go for a long walk.
There was also a great urge to ‘lose’ each copy. During the playing of the album all razorblades were put away.  As a sneak catch up on the album (in case my memory played tricks) I called up ‘Suzanne’ on YouTube. It still sounds as depressing now as it was then! Not one of my albums but one that has stuck in the memory.

In complete contrast was ‘Bat out of Hell’. Who was this rather large American? And what a stupid name. Who cared. Great music and showmanship. I recall one summer day when the record player in each of the 3 huts was playing that album. The album was amazing. It went platinum 14 times over? Has sold mega millions. It was recorded in 1975 and 76 but released in 1977. After a slow start to made it to only   9 in the British album charts and 22nd in the all-time chart sales?   I would not pick out any particular tracks because I like them all. I seen Meatloaf live in the Odyssey, Belfast when he toured in 2005. He was escorted onto the stage by two lovely nurses because he had recently taken a heart attack. Great show, great sound.

Another classic album which was heard many times around Long Kesh was Rumours  by Fleetwood Mac. Pure magic and genius even if some of the band were clean mad. Another album that was released in 1977. It was a cheer me up type album which could be listened to anytime. It has great tracks like Don’t Stop and Go your own Way.  While Albatross was not on this album I recall it playing when the funeral service for Billy Mitchell had finished. A sad time but a very iconic memory of the music of the compounds.

I could not cover the albums we listened to without mentioning Mr   Zimmerman. There  were  a couple of real ‘Dylanites’ in the camp so we had plenty of scope for listening to classic tracks like Hurricane,  Blowing in the Wind, etc.      The stand out album was ‘Desire’ with greats such as Joey, Sara and Mozambique. This was released in 1976 and ‘Rolling Stone’ named it as  number 174 in the all-time 500 great albums. I also recall one of his follow up albums ‘Slow Train Coming’ when he was in his Christian phase. Some good tracks. I have never met Dylan but did meet Van Morrison. Their joint singing of ‘Knocking on Heavens Door’ in 1998 is great.

Another great band to rise in the 70s and actually change popular music in so many ways was Queen. The problem with Queen was that they had changed so much from their early work which was on the edge new and at times quirky.  By the mid-80s they were giants, very commercial, and  established.         The album I recall the most ( and there was one real Queen freak who we all know) was Night at the Opera.

Another amazing  band of the 1980s who helps usher in one of the great changes in popular culture was Dire Straits. A very British (Newcastle) band,  it was their track ‘Money for Nothing’ (about MTV)  that indicated the changes happening in the music world. Of course MTV meant very little to us. We had Top of the Pops, fair enough, but were lucky to get colour TV in the 80s.This album was popular with the budding guitarists in the compound. I suggest a few wanted to be the Knoppler of their time.

The idea of a concept album had been around for some time but the one that stood out for most of us had to be Jeff Wayne’s ‘War of the Worlds’. I had the original LP and have the Special Edition,  double CD set sitting on my table as I type this.Released 1978 in  it was different in so many ways.
My partner and I went to see the stage showing of the album in Dublin’s Point theatre. Amazing.  It still sounds great today.

Last but by no means least,  is the greatest album of all time. They were a British group who had many great hits. Grossly underappreciated their music helped me through the gym, through studying, through writing letters through my entire time there. Starting with their mix of classical orchestra and electronics
The main album, from many, was ‘Out of the Blue’. This had everything you needed. The group included the likes  of Roy Wood, Bev Bevan and Jeff Lynne.
I have to ask;  was the 1970s the greatest decade ever for the release of good music? Yes the ‘80s was OK with many big names and then a slump in the 1990s. The ‘naughties’ just don’t count and this decade doesn’t look too promising yet. 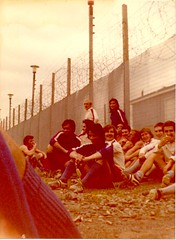 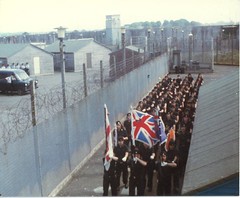 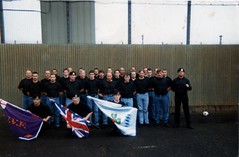 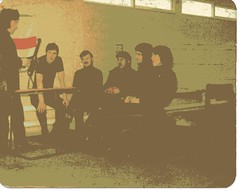