Nelson McCausland landed himself in a spot of bother when he refused to condemn those who broke the recent Parades Commission ruling to be good boys and girls and who played tunes while passing the St Patricks Roman Catholic Church on Donegall Street.

When being pushed, one could say harried, by the shock jock who runs the fattest show in the country Nelson referred to the long tradition of civil disobedience in Northern Ireland. This was then followed by a couple of days of what can only be described as shock and hysteria on the fattest show in the country and an orderly queue was formed behind Gerry Kelly of Sinn Fein to roundly condemn in the most hypocritical of ways just because Nelson wouldn’t retract his comments.

Now I’m not a DUP supporter in the slightest, they have been selling us up the river for a number of years, but on this occasion I have to agree with Nelson.

Once again condemnation came from Protestant Churches, led by The Methodist President, Ken Lindsay, a variety of politicians, commentators and the like.

But what is wrong with a bit of civil disobedience?

The rotund shock jock, if he were able, would have been jumping up and down when he pushed BCRC representative Winston Irvine about the horrors of civil disobedience on his Wednesday morning show. He was coming out with comments such as, ‘does that make it ok to get a gun and shoot someone?’, ‘does that make it ok to hit someone with a baseball bat?’ No Stephen (with a P H), that is called violence not civil disobedience.

Violence is defined by the World Health Organization as ‘the intentional use of physical force or power, threatened or actual, against a person, or against a group or community, that either results in or has a high likelihood of resulting in injury, death, psychological harm, maldevelopment or deprivation’.

Pay attention fat boy and the churches et al, this is not civil disobedience!

Civil Disobedience has been defined as the, ‘refusal to obey civil laws in an effort to induce change in governmental policy or legislation, characterized by the use of passive resistance or other nonviolent means’.

Civil disobedience has been used and applauded across the world down through the ages in order to tackle injustice.

Henry Thoreau argued that individuals should not permit governments to overrule or weaken their consciences, and that they have a duty to avoid allowing such compliance to enable the government to make them the agents of injustice.

He also stated, ‘the only obligation which I have a right to assume is to do at any time what I think right…Law never made men a whit more just’.

Martin Luther King Jr in his Letter from Birmingham Jail argued that civil disobedience is justified not only to deal with an unjust law, but that “everyone has a moral responsibility to disobey unjust laws.” The letter includes the famous quote “An injustice wherever it is, is a threat to justice everywhere”. He was of course following the lead given by Mohandas Gandhi, ‘the father of civil disobedience’.

Gandhi of course was taking his lead from Jesus about whom he wrote, ‘Jesus was the most active resister known perhaps to history’.

The argument here is about the right to challenge what are perceived as injustices through the forum of non-violent civil disobedience. A right that Sinn Fein and other politicians, church leaders and sections of the media are claiming we do not or should not have because it is against the law.

If you support non-violent civil disobedience then you have to accept that you will not always agree with the injustice felt by others, but they have a right to defy the law, without violence, to make their point. But in doing so they must accept the consequences of their actions in order to highlight their feelings of injustice. Gandhi and Martin Luther King Jr were jailed a number of times for the stands they took for example.

What Thoreau, Gandhi, Martin Luther King Jr, Jesus and Young Conway Volunteers have in common is not the issues or their reasons for their civil disobedience but the shared desire to tackle a felt injustice through civil disobedience. 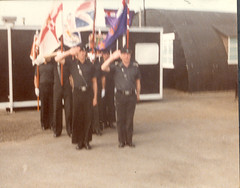 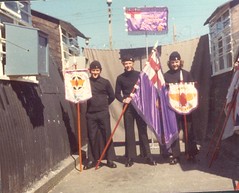 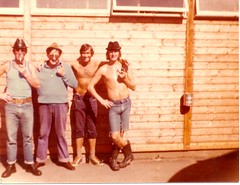