There Is Nothing Loyal About Racism: William Ennis

There is nothing Loyal about racism 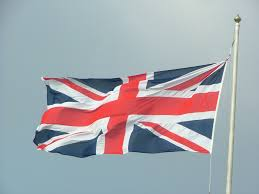 The first letter I ever had published was in the Newsletter.  In it I questioned the need to burn the flags of other countries on our 11th night bonfire celebrations.  I questioned whether or not the time had come to phase out practices which where much more understandable during the violent conflict than in the more politicised current one.  In all honesty, I would still like to see that happen, but another development has alarmed me since.  One I consider to be much more serious.  Racist attacks against the immigrant community are by no means exclusive to Loyalist areas of Ulster, but they do happen here and there is no excuse for leaving them unchallenged.

The Loyalist protest movement, (which retains an impressive head of steam even yet) mobilised with gusto in the wake of the SF/APNI/SDLP attack on the Union flag of Belfast city hall.  Like most Loyalists I attended these protests.  What alarmed me was the flagrant political aggression of the far right.  In many ways, when leadership was not apparent, the BNP and like minded groups had no compunction about trying to claim this movement as its own, if only in a superficial way.

Fascism makes my skin crawl.  Racism does too, and it does so not despite my Loyalism, but because of it.

I would like to address the unfortunate (perceived) association between Ulster Loyalism and British Nationalism.  Put bluntly, I believe it to be misleading at best and outright absurd at worst. I think it happens due to the fact that the two movements share symbols such as the Union flag.  I don’t do Nationalism.  Not Irish, British, white, Scottish, Ulster or any other kind.  Nationalism to me is a tool for those who wish to divide.  I can’t bring myself to apportion value to a human being on the basis of which lump of rock they may or may not have been born upon.  I prefer citizenship, political union, tolerance, equality, and the resolve to help others where these things are denied because these are the values which the Principles of Loyalism encourages us to embrace.  When those on the (far) right behave in an ultra-nationalist way under the impression that it is Loyalist behaviour, they are mistaken.

Nationalism is about drawing a line around a group of people and saying ‘this is us!  Everyone else is them’.  This is inconsistent with cultural Loyalism and political Unionism as ours is a United Kingdom.

The United Kingdom of Great Britain and Northern Ireland; the clue is in the title.  It’s a political Union with multiple nations, countless cultures and a rainbow of peoples.  It is a Democracy which does not blandly conscript its citizens into one single identity, nationality or stereotype.  To claim a person is not British or is some how less British on the grounds of their skin colour or first language is a vile wrongdoing.  If you consider the immigration or political systems to be wrong, then address this as you see fit with your vote and your right to campaign politically.

Politics is now the battlefield, and every vote will count as we endeavour to bring representation to our people and security to the Loyalist culture (and every other).  Acts of racism claimed falsely as acts of Loyalism is manna from heaven for those who would have our country expelled from the United Kingdom.  How could a Chinese person with an emerging interest in Ulster’s history pursue her studies of Carson and Craig toward a Loyalist path when her community is being hounded with racial slurs by those who claim affection for Northern Irelands Britishness?  Why should such a voter be pushed away from learning of David Ervine’s journey from prison to politics?  Why should an African student, in Northern Ireland to study, be denied full participation in the song, dance and craic of the mini-twelfth?  Why should a young couple from Eastern Europe just settling in Belfast not be invited to bring their children to watch the 11th night Bonfire?  Why should a person from Pakistan not receive an invite from his neighbours to hear the remarkable passion of the Lambeg drums on the 12th of July?

If you allow the ill-conceived mindset that every Loyalist must be Christian, White, heterosexual, and born in Ulster to stagnate your mind, then you are surrendering Northern Ireland by ignorance as these potential Unionists just may hold the votes to secure your grand-children’s British citizenship.

Many of our community’s problems stem from isolation, but this is not entirely our fault.  The conflict drove Ulster’s peoples into isolationist positions, particularly the working class.  But this need not be the case any longer.  Tolerance of racism will create and perpetuate a cycle of isolationism.  Streets of people adjacent to streets of other people with all the same problems yet no predilection to strategise together.  It is not because of the Polish family down the street that you have to wait on medical treatment, it is because funding is diverted from hospitals to maintain huge salaries in the financial sector.  It is not because of the Chinese community that there is insufficient housing; it is because the Tory Government have promised private landlords they won’t build social housing in order to keep private rents inflated.  It is not a disgrace that foreign born workers work in Northern Ireland for low wages, it’s a disgrace any of us do!

Our blaming those who live nearby because they look or sound different is a key strategy of those in charge who couldn’t care less about any of us.  Every minute a young Loyalist blames the Polish population in Northern Ireland for his inability to find employment is a minute that young Loyalist lets those who really are responsible off the hook.  Businesses can now quite easily gain free labour through government “work experience” programmes and so have no incentive to employ people on a living wage.  Our government and others turn a blind eye to barbaric working conditions in third world countries and so mass manufacturing operations now don’t exist in countries such as ours.  Even the brightest children who succeed in school will be culled by huge tuition fees unless their parents can afford to support them well into adulthood, and if they can they are unlikely to also be able to support them through a no-pay internship which is par for the course toward a high flying professional career.   There are obvious reasons for our lack of employment opportunities, but none that will be solved by participation in, or tolerance of racism.

“An equal society is one in which all members have access to similar resources and opportunities and in which they all value each other for their common humanity.” (From Principle 4 of Billy Mitchell’s Principles of Loyalism Document)

In a recent debate with a Republican twitter friend I raised issue with his persistent use of the word “Brit”.  To me, it is a piece of conflict rhetoric with no place in this juncture of our history.  For the record, I know this man not to be a bigot of any kind, but I do consider this term to be a bigoted one.  How is “Brits out” for example not bigoted, I am British, and I was born here!  Why would anyone else who was born here want me thrown out?  I consider it a racist term, but the fact is that the racism of the British far right and specifically its apparent partnership with strands of individuals who claim to be Loyalists greatly inhibits my freedom to attack the bigoted behaviour of others.  We need to address this.  The sooner Loyalism challenges bigotry in a comprehensive way, the sooner we can challenge the bigotry of others.

I frequently say that non-Loyalists have nothing to fear from genuine Loyalism.  Let’s together set out to prove it.